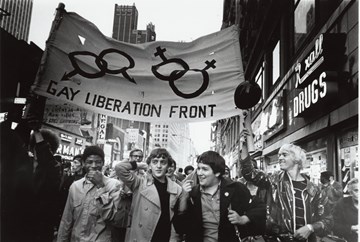 At the heart of the story of the Stonewall Rebellion are homeless LGBTQ youth, transgender people of color and a threatened place of refuge: a gay bar that welcomed the outcasts of society. The Stonewall Inn was a community center of sorts for drag queens and queer youth rendered homeless by familial or societal rejection. Admission at the Stonewall Inn was not expensive and homeless youth could easily scrounge up their admission through panhandling. Once they were in, they could socialize and have a sanctuary for the night.

Dick Leitsch, a gay journalist who was the executive director of the Mattachine Society in 1969, once described the Stonewall saying “It catered largely to a group of people who are not welcome in, or cannot afford, other places of homosexual gathering. The ‘drags’ and the ‘queens,’ two groups which would find a chilly reception or a barred door at most other gay bars and clubs, formed the ‘regulars’ at Stonewall. The Stonewall became ‘home’ to these kids. When it was raided, they fought for it. That, and the fact that they had nothing to lose other than the most tolerant and broadminded gay place in town, explains why the Stonewall riots were begun, led and spearheaded by ‘queens.’”

This month we proudly celebrate the 50th anniversary of the uprising at the Stonewall Inn and the 50 years of making strides towards equal rights and acceptance for the LGBTQ community. The Stonewall Rebellion is arguably the most pivotal event in queer liberation’s history; it fired up the modern LGBTQ rights movement, which continues its march towards equal rights and acceptance of LGBTQ people today.

Conversations around gay rights in the United States are often divided into two eras: before and after Stonewall. Before Stonewall, LGBTQ individuals faced harrassment, discrimination and potential prosecution for living their lives openly. Because of this, few queer people lived their lives openly. There were several laws that criminalized homosexual behavior and there were no protections in place that would prevent an employer from firing someone who was queer. The American Psychiatric Association even listed homosexuality as a disorder; a person could be institutionalized for being gay. Multiple accounts acknowledge the Stonewall Rebellion as the beginning of gay pride.

“Being gay before Stonewall was a very difficult proposition. We felt in order to survive we had to look and act as rugged and manly as possible in order to get by in a society that was really against us,” says Geanne Harwood, who had been in a gay relationship with Bruce Merrow for 40 years in 1969. “When Stonewall happened Bruce and I were still in the closet, where we’d been for almost 40 years. But we realized this had been a tremendous thing that had happened at Stonewall - it gave us a feeling we weren’t going to be remaining closeted for very much longer. Soon thereafter we did come out of the closet.”

New York City, home of the Stonewall Inn, had numerous laws on its books in 1969 that criminalized queer lifestyles. Two members of the same sex were not permitted to dance together. If people did not wear a minimum of three clothing items that matched their supposed gender at birth, they could be incarcerated for “sexual deviancy.” Bars were not permitted to serve alcohol to gay people and therefore the New York State Liquor Authority would not give out licenses to gay bars. Gay bars still existed, but most operated without a license and were controlled by the mafia, who saw an opportunity to profit off a marginalized community that needed a place to gather. The mafia would open establishments without a license as “bottle bars” or private clubs and bribe police to stay away. Between operating without a license and the criminalization of gay lifestyles, police raids were common at gay bars in 1969.

The Stonewall Rebellion, also often referred to as the Stonewall Uprising, happened in the early morning hours of June 28, 1969. New York City police raided the Stonewall Inn without warning, violently hauling patrons out of the bar and arresting 13 people. Crowds gathered on the street and instead of dispersing, as was common at these raids, they fought back against the police, throwing bricks, bottles and other objects, as six days of queer resistance ultimately ensued.

The oral history of what sparked the riots features great anecdotes about what kicked off the melee that night in the Village. A popular account is that the first punch was thrown by a black butch lesbian resisting arrest. This person is believed to be Stormé DeLarverie, a well-known drag king who had been performing popular shows at places like the Apollo Theatre for years. After being beaten in the head with a baton by an officer, she punched the officer back and shouted to lingering bystanders “Why don’t you guys do something?”; catalyzing their counterattack on the police.

The crowd swelled to hundreds of people that night who threw bottles and chanted “GAY POWER!” Hundreds continued to return for six days in a massive demonstration of queer resistance. Among the drag queens and street kids essential to the Stonewall Rebellion were several trans people of color including Marsha P. Johnson, Sylvia Rivera and Miss Major Griffin-Gacy, who continued as renowned activists for trans rights for decades.

Since police raids were common at gay bars in 1969, there has been a lot of discussion about why the uprising happened at the Stonewall Inn versus another establishment. A commonly spread (and debunked) myth is that the coincidence of Judy Garland’s funeral earlier that night across town had inspired the city’s drag queens to revolt. A more legitimate reason is that the Stonewall was the only place that allowed people to dance with each other. Still, the most likely explanation for why the uprising happened at the Stonewall Inn is that the bar uniquely welcomed the most marginalized members of the queer community and when their only refuge was threatened, they fought for it.

Since Stonewall, there has been a lot to celebrate in terms of LGBT rights. On its first anniversary, June 28, 1970, queer New Yorkers celebrated “Christopher Street Liberation Day” and marched from the Stonewall Inn to Central Park in New York’s first gay pride march. A day before the New York march, on June 27, 1970, Chicago activists hosted their own gay pride march to commemorate the Stonewall anniversary. They marched from Washington Square Park to what is now Daley Plaza, where they gathered around the Picasso chanting “Gay power to gay people!” Pride is now celebrated by millions across the globe annually with many cities celebrating on the anniversary of the Stonewall Rebellion. The uprising paved the way for activism that has led us to marriage equality, mainstream representation and workplace protections for LGBTQ individuals.

The heroes at the heart of the Stonewall Rebellion unfortunately remain among the queer communities’ most marginalized populations today. LGBTQ youth still represent a disproportionate amount of the homeless youth population at 40%. The reason for this is the same reason that queer youths landed on the streets in the late 1960s: societal and/or familial rejection. Trans people today, especially trans women of color, continue to be disproportionately subjected to harassment; five transgender women have already been murdered in 2019. On top of violence and harassment they also face discriminatory government policy such as the recent ban on military service.