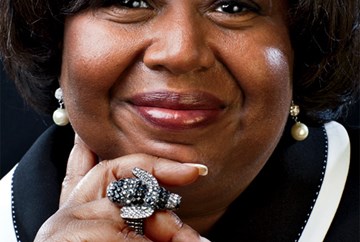 Black Lives Matter focuses on social justice disparities, but economic disparities can be just as destructive, says a Washington D.C. think tank that is working with JPMorgan Chase & Co., Georgetown University, five Chicago nonprofits, and others across the U.S.

“We will be working in Chicago to build the capacity of local nonprofits led by people of color serving people of color, as these organizations are on the frontlines of addressing the most pressing needs of underserved Chicagoans,” said Dedrick Asante-Muhammad, director of the Racial Wealth Divide Initiative at Corporation for Enterprise Development (CFED).

According to the CFED, 65 percent of Chicago households of color are “liquid asset poor,” meaning they do not have enough savings to sustain themselves if faced with a sudden job loss, medical emergency or other income disruption. That compares to 28 percent of white households. Median income for Chicago black households is $30,303, compared to $70,960 for whites and $41,188 for Latinos.

Brenda Palms-Barber represents one of the Chicago nonprofits participating in the Racial Wealth Divide Initiative. She is executive director of the North Lawndale Employment Network (NLEN) and CEO of its Sweet Beginnings beekeeping and honey products social enterprise,

“We do credit repair, one-on-one financial coaching,” Palms-Barber said. “I just don’t think we can do workforce development and not include budget management for people who don’t have a month’s worth of savings to get to that place.

“When you look back at the policies that were put in place that intentionally kept people of color from building wealth, this is not just good work, this is about addressing one of the most important social justice issues in the country: economic and racial justice.”

NLEN’s mission is to improve the earnings potential of its community through innovative employment that leads to economic advancement. In addition to its U-Turn Permitted job readiness program for formerly incarcerated people, Sweet Beginnings fills the gap for people who lack work experience.

Since 2008, Sweet Beginnings has employed more than 400 men and women, who have an 85 percent job placement rate afterward. Their recidivism is below 8%, compared to the national average of 40% and the Illinois average of 55%.

Sweet Beginnings’ beelove™ honey and skin care products are in 29 Mariano stores and in their fifth year at Midway and O’Hare airports. They have a 40 percent increase in year-over-year sales.

As part of the CFED capacity-building project, Palms-Barber and the NLEN director of development have traveled back and forth to the Center for Public and Nonprofit Leadership at Georgetown’s McCourt School of Public Policy.

“I just got back from an incredible session on fundraising: to have your cup filled with tools and techniques by some of the best people Georgetown and Chase can invest in,” Palms-Barber said. Other topics have included succession planning, the challenges of hiring good people – especially in neighborhoods demonized by media -- and how to launch a capital campaign. Her priority is fundraising to provide long-term sustainability by diversifying NLEN’s individual donors.

“It sounds so simple, but it’s getting out of your regular day-to-day element for this really meaningful exchange with your peers in a safe and productive environment. I love hearing how other executive directors wrestle with these issues, coming forward with new strategies, what worked and what didn’t work.”

JPMorgan Chase provided financial support to CFED to develop the report and conduct trainings on wealth building for more than 20 organizations that work communities of color. Other Chicago participants include the Chinese Mutual Aid Association, Gads Hill Center, Greater Auburn-Gresham Development Corporation and Spanish Coalition for Housing. CFED is also working with non-profits from Baltimore, Miami and New Orleans.

The effects snowball over generations. On average, white-owned businesses are worth eight times that of black-owned firms, four times that of Hispanic. Perhaps as a result, people of color receive inheritances or down payment assistance for homes less often than whites do.