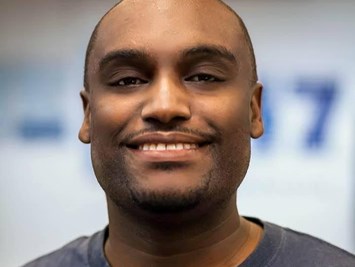 Emile Cambry, Jr. is a business professor, filmmaker, and social entrepreneur born, raised and still calling Chicago home. After receiving his Bachelor’s degree in Economics from the University of Chicago and his MBA from Northwestern University’s Kellogg School of Management, Emile gained experience in Investment Banking for J.P. Morgan Chase as well as teaching as he was a Professor at North Park University and recognized as one of the Top 50 Business School Professors. Perhaps Mr. Cambry’s largest project to date was founding the technology and entrepreneurship incubator, BLUE1647, expanding to several different locations across the Midwest. Emile has Produced films that have been licensed by HBO and Cinemax, as well as Showtime. Emile is the President of the Chicago International Social Change Festival which showcases films that heighten public consciousness. Rounding out Mr. Cambry’s experiences include being named on Ebony Magazine’s Power 100, The Root Power 100, Chicago Crains Tech 50, a Top 100 Innovator in Chicago by the Chicago Tribune, Techweek 100, and a 40 Game Changer Under the Age of 40 awarded by Verizon Wireless, and Emile was recognized by MIPAD and the U.N. as one of the Global Top 100 Most Influential People of African Descent, Classic of 2018 in the Business and Entrepreneurship Category, and awarded the Community Service Award by the South by Southwest Conference. Emile is also a recipient of the 2014 Impact Award by the Social Enterprise Alliance, and sits on the boards of Depaul University’s Social Enterprise Collaborative, a Commissioner for the Cook County Social Innovation Commission, the Forbes Nonprofit Council, and a Board member for Accion International. Emile is also a Global Services Association Fellow, to increase entrepreneurship and innovation around the Globe. Emile is also a member of the Economic Club of Chicago.