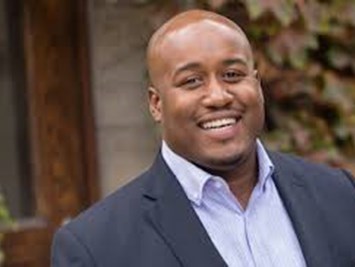 Sheldon Smith, Executive Director and Founder of The Dovetail Project began working as a community youth organizer in Chicago’s Woodlawn neighborhood at the early age of 13. As a teen, his community work focused on social issues such as youth and gang violence, juvenile justice, sexual health education, and promoting community activism.

When Sheldon became a father at the age of 20, he was determined to be the best father he could and he knew he wanted to help other young fathers lay the foundation to have a positive impact and build strong relationships with their children. He created The Dovetail Project in 2010 to bring together resources that were lacking in his own life and the lives of others. Since then, his organization has graduated over 350 young men.

Sheldon has raised over 4.5 million dollars from Private Foundations and Donors over the past 8yrs. Among many recognitions, Sheldon was selected as a 2018 American Red Cross Community Impact Hero, 2018 Forbes 30 Under 30 Social Entrepreneur, Best Businessmen of 2017 by Businessmen.biz, 2017 Steve Harvey Hero, 2016 CNN Hero, and he serves as a Board Member for the International Youth Foundation.

Of all of his accomplishments, his greatest is being a devoted husband to his wife, Mary, and father to his daughter, Jada.