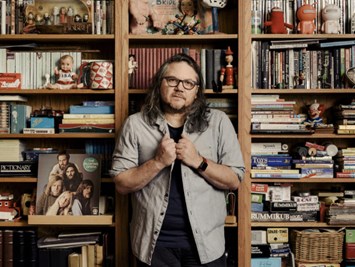 As a founding member and leader of the American rock band Wilco, and before that the cofounder of the alt-country band Uncle Tupelo, Jeff Tweedy is one of contemporary American music's most accomplished songwriters, musicians, and performers. Between producing Grammy winning songs and albums, collaborating with legends like Mavis Staples and Woody Guthrie, and touring the world, Jeff still finds time to give back to many organizations in Chicago doing the most good. He has donated private “Living Room” concerts to numerous Chicago non-profits to auction at their fundraising events. Taking nothing but the satisfaction of helping others, Jeff-along with his wife Susan, and sons -have helped countless people with their selfless commitment to giving back to the community.  He has supported so many causes; asking nothing in return for himself, other than the satisfaction of helping.

Since starting Wilco in 1994, Tweedy has written original songs for 11 Wilco albums and collaborated with folk singer Billy Bragg to bring musical life to three albums full of Woody Guthrie-penned lyrics in the Mermaid Avenue series. In 2014, he released Sukierae, a musical collaboration with his son, drummer Spencer Tweedy. He has produced a trio of albums for iconic soul and gospel singer Mavis Staples: the 2011 Grammy Award-winning You Are Not Alone, 2013's One True Vine, and the 2017 release, which he also cowrote with Staples, If All I Was Was Black.
This past November marked the release of his memoir, The New York Times’ Bestseller, LET’S GO (SO WE CAN GET BACK): A Memoir of Recording and Discording with Wilco, Etc., via Dutton and a new solo album, WARM, via dBpm Records. This coming October will see the release of the 11th Wilco album, Ode to Joy. Jeff lives in Chicago with his family. 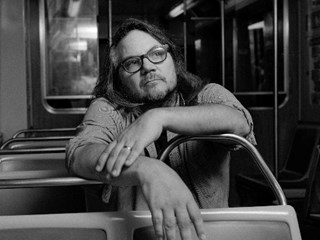