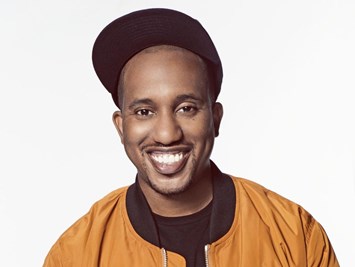 Chris Redd, Repertory Player, "Saturday Night Live". Chris Redd returns to “SNL” for his fourth season. Redd is an actor, writer, stand-up comic and rapper. He received the Emmy Award in 2018 for Outstanding Original Music and Lyrics for the “SNL” song “Come Back, Barack.” He appeared in the 2016 film “Popstar: Never Stop Never Stopping” and opposite Kathy Bates in the Netflix original comedy series “Disjointed.” In 2017, Redd debuted his own half-hour episode of “Comedy Central Stand-Up Presents” and in 2019 released his debut stand-up album, “But Here We Are.”Redd can be seen in the comedy films “Deep Murder,” “The House” and “A Futile and Stupid Gesture,” and the independent horror film “Scare Me.” Redd starred in the cult-classic series “Wet Hot American Summer” and was featured in NBC’s “Will & Grace,” Netflix’s “Love,”  and Comedy Central’s “Detroiters”. Additionally, Redd was featured as a 2016 Standup New Face at Just for Laughs in Montreal. Redd was previously a performer at Chicago’s Second City. Upcoming projects include the NBC comedy “Kenan” and the Broadway Video comedy “Vampires vs. the Bronx.” Chris has been deeply involved in giving back to the Chicago community helping to raise millions of dollars for charity performing in the 24 hour Letters to Santa Benefit, The Anthony Rizzo Laugh off For Cancer, The Chris Redd & Friends Charity Concert, and through the Covid-19 Protestor’s relief fund that he founded. Chris also serves on the board of directors of Poverty Alleviation Chicago.